Welcome to Sharing Your Universe. Today, Aaron Ritchey is sharing alittle about himself and his latest release with us. 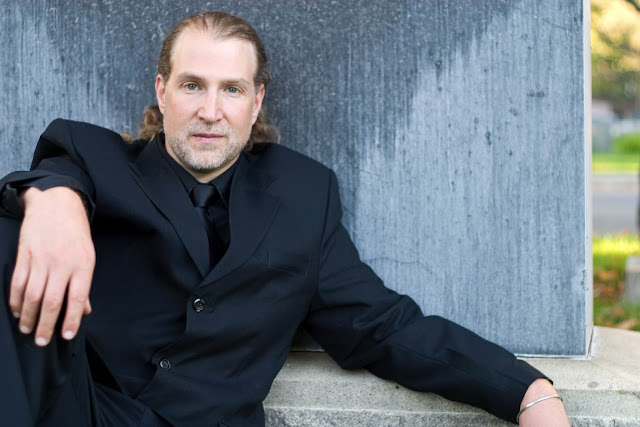 I was born in Colorado, on the edges of the Great Plains of America, and spent my early years as a trash can for stories.  Everything went in: Greek myths, Edgar Rice Burroughs, Robert E. Howard, the romance books I snuck in while babysitting, my mother’s psychology text books, horror novels, and a whole lot of Catholic catechism.  The good kind.  And yes, there is such a thing.

Still a complete sucker for fiction, I graduated with degrees in English Literature and World History from Santa Clara University and taught middle school and high school until I burned off all the negative karma from all of my past lives.  While not enlightened, I will be going straight to heaven because of my time in the trenches, molding young minds and avoiding bullets.

I hooked up with a world traveler, got married, traveled the world (since I studied it and what’s history but a bunch of interesting stories?), and returned to the Great Plains to raise two sleepless little girls who never ate a thing.  I think they might be Cylons.

Since I didn’t sleep, I ran triathlons.  It takes endurance to raise children and write novels, so I had lots and lots of practice.

In stolen moments along the way I wrote books, big books, huge sweeping, windy books, too big and bizarre for anyone to read.  Mostly post modern fantasy novels: think David Lynch meets The Lord of the Rings with a Sci-Fi-Hindu-Christian-atheist twist.  A million monkeys on meth couldn’t churn it out as fast as I could.  Lord in heaven, I loved those books.

My writing life changed forever when a genuine literary agent rejected me, reducing me to ashes.  After numerous, fist-shaking rants at heaven, hours spent weeping in critique groups, and membership in Rocky Mountain Fiction Writers, I rose from the ashes, very phoenixy, and started writing books people could read and even like.  In my better moments, I think I write genre fiction with a literary twist.  In my darker moments, well, I’ll keep those demons to myself.

Currently, when I’m not scribbling and smoking cigars, I work at the best health care company on the planet helping OR nurses with their computers.  And I’m a recovering TV addict.  My last relapse was with Battlestar Galactica (the new, bleak one) and Firefly (you can’t stop the signal).  I attend support groups.  It helps. 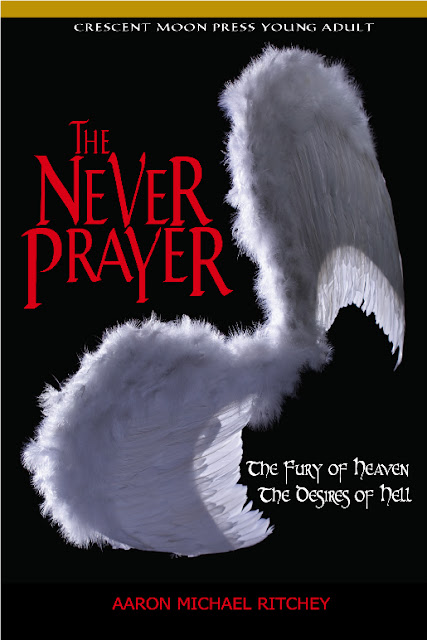 The Fury of Heaven
The Desires of Hell

A Broken Girl
Shattered by the death of her parents, Lena knows she is not handling her sorrow well – keeping to herself, running drugs, risking her little brother. But she’ll do whatever it takes to keep her disintegrating family together.

Two Lost Souls
Lurking on the edges of the afterlife, Chael and Johnny Beels have spent centuries manipulating events, one pushing for good, the other sowing chaos. Now these two desperate souls have taken human form to play a dangerous game of hope and despair with Lena trapped in the middle.
The Ultimate Sacrifice
Lena must maneuver the shadowy realm between angel and demon, love and lust, good and evil, until she finds the courage to see the truth and make the ultimate sacrifice.

When do we struggle to change the world?
When do we let go and embrace life’s broken beauty?

"I'm not going to do it again," Lena Marquez whispered to the red purse across the hall from her nestle of blankets. "Never again."

All of her other purses, scarves, and belts were just shadows hanging from hooks on both sides of the bathroom door, but in the glow of the cracked Thomas the Train nightlight, the red purse glittered. Each sequin like a teardrop of blood.

The heater chugged on sending lukewarm air into the basement apartment, as cold as an icebox. In October, at ten thousand feet, Avalon, Colorado had no pity for the weak or poor. It killed both.

Through anorexic walls, Lena could hear her aunt's barking cough in the next room. But it wasn't the coughing that had Lena awake at 4:46 on a Monday morning. It was her three-year-old brother, Joziah, who would wake up any minute.

He was like an alarm clock, same time, every morning. So regular Lena was awake before he asked the questions she couldn't answer.

Already the work of the day felt like bricks on her chest. Her junior year homework continued to pile up among the dirty laundry around their mattress on the floor.

"Mama!" he called out, still caught in the clutches of sleep.

Only half awake, he struggled in his footed blue pajamas and asked the same question he asked every morning. "Where's my mama?"

"Where's Daddy?" He blinked as if he had forgotten everything.

Lena let go of her tears. She could only cry them with Jozey in the darkness of the morning, because once she had her mask of make-up on, she sealed up all emotion with base, blush, and mascara.
Everyone was watching.

Jozey sobbed against her, soaking her father's t-shirt she wore as pajamas. "I want them, Weni, I want them." Weni, because he couldn't say Leni, what her parents had called her.

"I want them too," she said through her tears and she cried with her brother until he fell back asleep. She stayed with him, cradling his warm body, brushing the tears off his face.

The ritual of her morning continued. First, her orphaned brother, followed by a shower, then her equally orphaned aunt. Aunt Mercedes shuffled out of her room wearing the bathrobe she always wore at home, holding a cigarette that was always lit. She stopped in the narrow hallway to watch Lena apply her make-up.

Her aunt's voice came out in a slow scratch. "We need a hundred dollars. More if it don't snow and I don't get my real job at Copper Mountain."

An ever so slight tremor shook Lena's fingers as she fought the urge to throw her eyebrow pencil at her aunt. She forced herself to concentrate on her face in the mirror, but Aunt Mercedes was behind her, taking up most of the doorway, all sad eyes and dog face and bad square haircut. Next to her aunt, the red purse dangled on a hook tempting Lena to use it.