I'd like to welcome fellow Crescent Moon Press author Diane Haynes to Changing Your Universe.

We're all the sum total of our life experiences, but there are moments when someone or something affects us, possibly even influences the direction our lives will take. Here is one of those stories.

When on April 1, 2004, my alcoholic brother, Rick, was found dead in his apartment, our family was shocked, but not surprised, if you know what I mean. Over the previous twenty years, even with attempted interventions, the spiral of his life seemed to curl unswervingly downward.
We buried him, grieved and eventually went on our own lives. 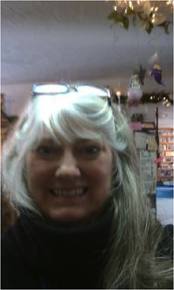 Then on his next birthday, November 16, I woke from an amazing dream. Two girls and a boy sat in a meadow before a small treasure chest filled with glowing crystals, surrounded by pastel-colored orbs of light.
Entranced, I watched from overhead as a pink fairy flew to one of the girls and landed on her cheek. Her eyes widened with delight as pink circles of light radiated from this special fairy.
I outlined the dream that morning (my high school English teacher would be so proud!) and over the next several days, I wrote a twelve-page short story. I assumed it would land in a drawer the way the rest of my short stories did, only this time doing that seemed wrong.
I felt then and still do, that this particular story was a Spirit Gift from my brother and I should do more to honor his memory. I decided to write a full-length novel in which my dream became the climax of the story. The result, Keeper of the Forest, has yet to be published, but it became an introduction of sorts to Rift Healer.

Diane can be found at:
http://www.dianemhaynes.com/home.htm
Posted by ReneeRearden at 8:54 AM