It's a busy week at Crescent Moon Press. Another friend and colleague of mine is celebrating the release of Awaited. Without further ado, here's Lynn and her fantastic new book!!! 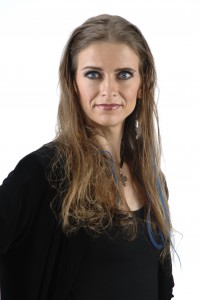 Driven to write, Lynn Rush often sees her characters by closing her eyes watching their story unfold in her mind. Lynn Rush is a pen name that is a combination of two sources – Lynn, the first name of her mother-in-law, who passed away and Rush – since the author is a former inline speed skater and mountain biker. All of Rush’s books are dedicated to Lynn, her namesake.
Rush holds a degree in psychology from Southwest Minnesota State University and a master's degree from the University of Iowa. Originally from Minneapolis, Rush currently enjoys living in the Arizona sunshine by road biking nearly 100 miles per week with her husband of 15 years and jogging with her two loveable Shetland Sheep
dogs. 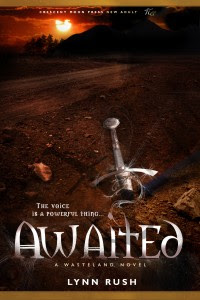 Book Blurb for Awaited:
The voice is a powerful thing. . .
Russell Leonard is a centuries-old Guardian who’s lost faith in his purpose. So when he’s charged with procuring the first female Guardian in over two centuries, he can only hope it’s the red-headed beauty who’s been haunting his dreams for months. And if it is, he intends to claim her as his. But when he finds his dream woman, Annabelle is mute and bears no Guardian’s Mark.
He soon realizes she’s been tainted by an ancient evil. Russell must somehow release the secrets trapped within this delicate soul to help her tap into the only weapon powerful enough to silence a millennia-old demon—her voice.
“From the first action-packed scene, AWAITED grabs you and doesn't let go until its awesome conclusion.” ~~Caridad Piñeiro, NY Times Best-Selling Author

Posted by ReneeRearden at 11:53 AM